Step 4 - Sell The House In Virginia 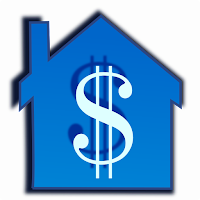 Step 4 of The Plan is selling my house in Virginia and using the proceeds to pay off the mortgage on the house in Maine.  This will allow me to begin retirement without a mortgage, making my monthly housing costs very low.  Here's how the rough, back-of-a-napkin math works out:

I bought my house in Virginia for about $180k back at the beginning of 2013.  I put down 20% in order to avoid PMI.  For a while I paid extra on the mortgage, but eventually I started paying the normal amount and investing the rest.  So as of the writing of this post, I owe about $132k at 3.5% interest.

My idea was to look for the point at which these numbers would intersect, making it so that selling the house in Virginia would pay off the one in Maine.  Of course, predicting this perfectly is impossible since without a crystal ball, it's impossible to know what the house will sell for years from now.  So the assumption I'm going with is that the value will remain flat, and I'll be able to sell it for exactly what I paid.  It's a stab in the dark, but I feel like it's not overly optimistic or pessimistic.  I'm also assuming no extra payments on either mortgage.

Using the magic that is an amortization calculator, I can look into the future a bit and see the following:


That puts me slightly in the positive right when my kiddo is set to graduate from high school.  That $3,400 would go a long way toward funding an Appalachian Trail thru-hike.  Now let's imagine that the value of the Virginia house is $200k, which is about what Zillow says it is today.


Ok, I like those numbers even better, but I'm not going to bank on them since they're assuming my house sells for $20k more than what I paid.  But essentially hitting the crossover point three years early looks pretty nice.  Now, what if things went sour and it sold for $20k less than I paid?


That definitely wouldn't be ideal but it wouldn't be insurmountable either.  I could pull that out of savings if I absolutely needed to.  Or at least make up a chunk of that by selling off all of the furniture, electronics, and such that I won't be bringing up to Maine with me.  Another alternative would be to start tossing an extra $125/month or so on one of the mortgages to make it even out, but being that it's just an estimate, and a pessimistic one at that, it's probably not worth it.

So anyway, as long as my neighborhood doesn't end up a smoking crater, I should be within striking distance of making the two mortgages cancel each other out.  And I will likely even have a little something leftover to put toward step 5 (which will be coming soon).

Email ThisBlogThis!Share to TwitterShare to FacebookShare to Pinterest
Labels: The Plan